Our flagship loudspeaker is by definition the pinnacle of performance and a statement of our limitless passion and resolve to surpass even our own expectations.

Acknowledging the detrimental effects of vibration on sound quality our research of the critical issues and solutions to resolve them has resulted in a loudspeaker of outstanding quality, both sonically and visually.

By any margin this is a colossal design, capable of exposing every detail in your music. Revealing a stunning transparent stereo picture, with an immense sense of power and control with room-filling capabilities.

Coupled with a vast dynamic range and power handling, it means you can unleash the ferocious power that our amplifiers can deliver, putting you right there at concert levels of sound.

Phenomenal bass performance is achieved through reflex loading with the porting hidden to minimise room positioning issues. For listeners seeking stentorian levels, each bass driver employs a large diameter Titanium voice coil offering greater thermal stability improving both dynamics and transient response to accurately reproduce a colouration free sound. Guaranteed, the Reference One is beyond anything you have ever heard, it is beyond experience. 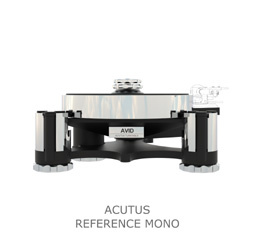 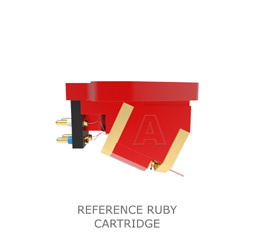 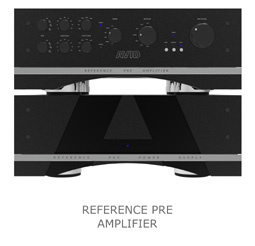 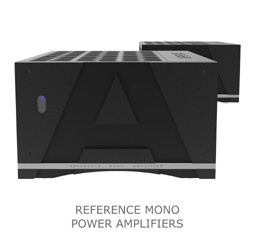 The perfect loudspeaker would only radiate sound from its drive units and the cabinet would be completely silent. Traditional wooden cabinets have limited strength and the air pressure variations inside the cabinet, created by the drive units, causes the cabinet to vibrate, generating sound. This sound will be out of time with the drivers and results in a ‘muddled’ and distorted sound. Trying to eradicate this problem, many manufacturers have designed cabinets which resist these air pressures, employing materials such as aluminium and carbon fibre, but this does not resolve the problem.

Every time the speaker cone moves the chassis tries to move in the opposite direction, causing vibration which passes into the cabinet. Wooden cabinets flex and vibrate with this energy, converting it to heat and unwanted sound and for years this has been the acceptable solution. Ultra-rigid cabinets do not let this happen and instead this energy becomes trapped in the cabinet and over time the energy builds, finding a weak link in the system where it escapes resulting in a high frequency ringing noise.

Since inception, AVID has placed energy flow at the heart of all its designs. Every system creates vibrations, those you want and those you don’t and the key to good sound reproduction is separating those vibrations at source, making sure the ‘bad’ vibrations have a path-of-least-resistance to an ‘energy sink’ where it can be harmlessly eliminated. With our turntables this resulted in the massive Acutus sub-chassis and for our loudspeakers, we developed the Tuned Mass Technology (TMT)™ damping system, which tackles the problem of unwanted energy at source.

Through extensive experimentation, we found that having a suitable mass loosely coupled to the drive unit creates an effective path for this unwanted energy. With all other paths now ‘High Impedance’, the easiest path for energy flow is to the TMT™ damper. Being decoupled, the damper can freely vibrate, dissipating any energy internally resolving the problem BEFORE it even leaves the drive unit, so the cabinet does not need any specific treatment itself. The benefit is instantly obvious with a clean, focused sound, greater clarity to the music and vocals becoming etched within a transparent soundstage.

Loudspeaker cabinets, alongside mounting the drive units and providing them with the correct space to work, have two additional problems to overcome. Vibration produced from the drive units and air pressure from within cause the sound to become tarnished by flexing and resonating the enclosure. Cabinets commonly manufactured from wood have limited physical properties and are more susceptible to suffer from these issues and for this reason, our Reference range are manufactured entirely from phenomenally rigid aluminium which diminishes any musical colouration to vanishing levels.

With drive unit vibration resolved, it is essential the cabinet resists flexing due to air pressure emanating from the Bass drivers. In contrast to thin-walled metal speakers, Reference One cabinets are produced from colossal aluminium plates up to 40mm thick, each piece machined to hair-splitting accuracy and fitted together with surgical precision. In addition, there are angled internal baffles to prevent any opportunity for standing waves inside and with both Bass chambers reflex loaded to optimise low frequency performance and ported within the cabinet, room positioning issues are mitigated.

Reference One is built exclusively to order with every component meticulously inspected, each cabinet painstakingly hand assembled, the complete process taking several months.

Four 10” Bass Drivers each with a nominal power of 600W, but capable of a formidable 3000W, allow a deafening potential of 12,000W to fully reproduce the loudest thunderclap. A Uniflow™ aluminium diecast chassis is aerodynamically designed to allow sound waves to flow smoothly and incorporates Accucenter™ to self-centre the cone assembly. The large Vented Dual Ferrite Magnet assembly generates more energy than a single magnet of similar size, increasing efficiency and dynamic range. Coupled to our Tuned Mass Technology (TMT)™ damper to remove unwanted vibration, the one-piece Composite cellular fibre cone remains free of distortion. Unlike other loudspeakers that suffer from vibration issues and try to mitigate the problem using trendy cone materials, AVID have resolved the vibration issue at source, just leaving a stunning clarity of sound.

AVID drivers employ External Voice Coil (EVC)™ Technology, the former constructed using ultra-light rigid titanium. Our voice coils that are up to three times larger than those used in conventional loudspeakers, the result being an ultra-efficient and powerful design that has efficient heat dissipation and reduced cone breakup for lower distortion. Clad in Hexatech™, an aluminium wire shaped like a honeycomb, it reduces air gaps in the coil windings and is responsible for the extraordinary fast musical dynamics.

A sumptuously sounding 4” Tweeter with a powerful Neodymium magnet and 1⅛” diameter Hexatech™ aluminium voice coil with titanium former is rigidly coupled to the front baffle which is machined with an Improved Dispersion Recess (IDR) design, a shaped inset which increases the high-frequency output of the off-axis response.

Acuflex™ Technology, a specially engineered damping compound is applied to the soft silk dome of the tweeter creating a diaphragm that exhibits controlled cancelling break up, or accurate flexing, meaning each break-up mode is counteracted by another in the opposite direction. This cancellation of break-up modes leaves nothing, but a pure and natural sound.

Crossovers are a hidden component within the loudspeaker, dividing unfiltered audio signals from the amplifier and suppling each driver with the signal range it was designed to reproduce and is essentially the brain of the loudspeaker. Limiting the number of parts in the crossover reduces distortion with component selection and quality control being vital to achieve the best sound. Essentially there are three types of component within the crossover design: Capacitors, Inductors and Resistors. The importance of selecting the correct specification and value of each component cannot be understated, each working in unison to obtain the highest performance. After using sophisticated computer simulation to establish these values, final component selection is done through extensive listening tests.

Copyright 2022 AVID HIFI
Telephone: +44 (0)1480 869 900
Email: info@avidhifi.co.uk
Designed and built by Comtecs
This website or its third party tools use cookies, which are necessary to its functioning and required to achieve the purposes illustrated in the cookie policy. If you want to know more, please refer to the cookie policy. By closing this banner, clicking a link or continuing to browse otherwise, you agree to the use of cookies. View More
Agree and close